(GhettoCrypt), because frankly I have no idea what the fuck I'm doing
Please don't use this for anything critical

What the hell is this?

An educational project on implementing a block cipher using a feistel network.
This block cipher employs a few modes of operation. Read more about them here.

It's pretty ghetto, you know?

What are the actual advantages?

What could I use it for?

I am not kidding, don't use this for critical stuff! Homebrew ciphers tend to be shit!

Especially mine!🗡️
Even assumed it's a good cipher, it's implementation leaves a lot to be desired in terms of being cryptographically secure.

How do I use this?

"I don't care about the library. Just let me use it from the command line!"

There is a CLI version availabile here.

Installation as a library

Somehow get this repository into your projects directory (I recommend as a git submodule), and instruct your compiler to look in GCryptLib/include for include files. From there you could either hand all files in GCryptLib/src/ to your compiler to compile, or precompile it, and link it. An example on how to use GCrypt in a project is right in here: GCryptCLI.

Compiling the library, tests, and example projects (in /GCryptLib/exec/)

If you want to do more complex stuff, use the cipher-class GCrypt::GCipher aswell as the conversion methods in Util.h. This way you can cipher on bitlevel. Examples on how to do this are in GWrapper.cpp. This way you could, for example, decrypt an ecrypted file directly into memory. Without saying, this is more advanced and not as-easy as the methods supplied in the wrapper.

How does GCrypt transform a password to a key?.. Well, it uses the included hash function GHash.

GHash is a streaming hash function based on the GCipher.
For all intents and purposes, it does the following: You have a Block b, which is initialized with a static random distribution. Once you give the GHash instance a data block to digest, it will use the GCipher to encrypt it, with itself as a key, and xor that onto b. (bi = bi-1 ⊕ E(key=bnew, data=bnew))

The lastest b represents the current result of the hash function.

Whilst we're at it, why not implement a pseudo-random number generator based on GHash aswell. So here it is, GPrng.
GPrng is really nothing special. I just wanted to implement it, mainly to visualize the GCiphers entropy.

GPrng basically does the following: It creates a GHash instance, which initially digests the prng's seed. This produces a hash result, which is one block in size. This block gets eaten up, as pseudo-randomness is used. Once there are no bits left, the GHash instance will digest the result of this block ⊕ the initial seed. The xor operation ensures that an observer will never know the internal state of the GHash instance. This is important, as to ensure an observer won't be able to predict future output.

Now, let's flip a single bit in the input:

One bit flipped, and again the corresponding ciphertext:

Let's gif them together, to better see the difference:

As shown, flipping even a single bit, affects the entire ciphertext.

What about input longer than a single block?

Notice how the ciphertext doesn't change until the block containing the bitflip is reached? This is a limitation of cipher block chaining.

What about extreme inputs?

How non-transparent is the cipher with extreme inputs? Even with a super problematic key?:

Notice how even cleartexts that are completely uniform, with a key that is almost just zeores, will still produce ambiguous ciphertexts.

What about the PRNG's distribution?

Check it out, here are the distributions of a few different getter-methods, some in black/white, some in grayscale, some in color. 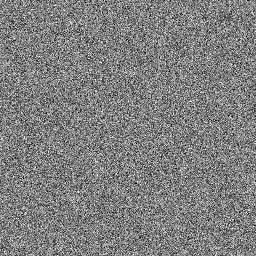 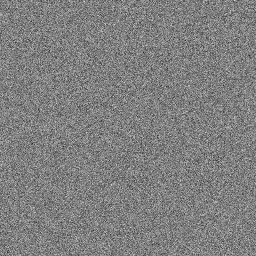 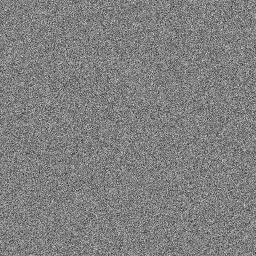 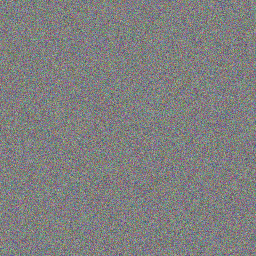 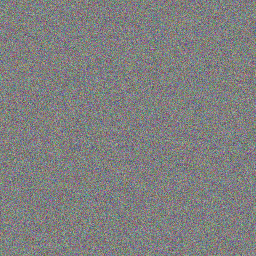 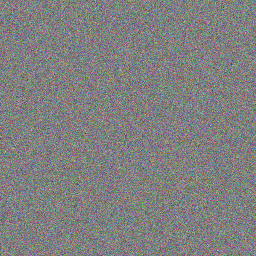